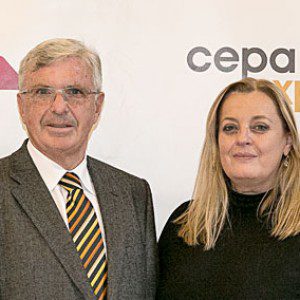 CEPA Expo & EBAA Regional Forum 2015 came to an end last week after two intensive days of presentations and networking. Delegates and organisers alike agreed that the event was a huge success, reflecting the excitement of a region that is ripe with new optimism for business opportunities. The teaming of CEPA Expo and the European Business Aviation Association (EBAA) resulted in a top notch programme that addressed key issues for the business aircraft industry in Central and Eastern Europe (CEE) today. In addition, network-ing opportunities, coupled with Czech hospitality, brought an extra dimension to delegate interaction in an informal and enjoyable atmosphere.

Overall, the outlook for the CEE region is positive based on expected growth from its key econo-mies, according to Bombardier’s CEPA Expo Industry Forecast. Thomas Fissellier, Manager Market Intelligence and Analysis at Bombardier Aerospace said: “We forecast the fleet in the region to double over the next 10 years, adding 125 aircraft deliveries representing $3 Billion in revenues.”

This year’s Expo was an opportunity to further explain the role of Business Aviation as a business tool to local authorities, and to contribute to the logical continuity of new perspectives in a historical context. Other highlights of the programme included presentations by Ed Bolen of the National Business Aviation Association (NBAA), who offered insight on the global market and its challenges in relation to the region, and Zdeněk Jelínek from the Czech Republic’s Ministry of Transport, who opened up discussion on Czech aviation in Europe and beyond.

The importance of CEPA Expo 2015 was further underlined by patronage from the Ministry of For-eign Affairs of the Czech Republic, the Czech Civil Aviation Dept., and the city of Prague. CEPA Expo Chairman Roger Whyte expressed his thanks to the dignitaries and commented that “Prague is a great location due to its position in central Europe; it also acts as a major attraction when dele-gates are considering attending.” He went on to say that “CEPA Expo 2015 has surpassed all my expectations and I am very pleased with the incredible amount of positive feedback received.”

Key aircraft manufacturers also presented, making the event representative of a major cross-section of the industry. With over 170 delegates from 21 countries, this year’s CEPA Expo & EBAA Regional Forum 2015 was the most successful so far. CEPA Founder, Dagmar Grossmann, said that she is “delighted with how far CEPA and CEPA Expo have come in the six years since it was founded and the recognition of where it now stands in the business aviation industry.”

Fabio Gamba, EBAA CEO said: “CEPA Expo & EBAA Regional Forum raised the bar this year and I think this was evident to all those who attended. The CEPA-EBAA partnership resulted in the right combination of value points – expert presentations, regional insights, and opportunities for business networking. Our forecast that this would be a ‘not-to-be-missed event’ for 2015 was accu-rate, and we’re looking forward to the next edition.”